For many years those of us associated with electrolysis understood that epilators operated at a frequency of 13.5 megahertz. About a dozen years ago, epilators operating at 27 MHz arrived on the scene and our perspective shifted. Their claim is that hair is permanently removed 25% faster and with a degree of comfort previously unheard of. So what are we to make of an epilator that operates at 6.68 MHz?

So, what are we to make of an epilator that operates at 6.68 MHz? 27 MHz is more comfortable than 13.5 MHz because it's a shorter waveform. It doesn't radiate energy / heat to surrounding tissue in the same way that a 13.5 MHz signal does. So the question remains, how can a much longer 6.68 MHz waveform be in any way usable, let alone comfortable?

After doing some digging I've learned that “everything old is new again.” To find an answer to my question I decided to call Silhouet-Tone, the manufacturer of the Evolution 7 HD epilator. I was directed to their representative Laurie Krebs. During our conversation I learned that the idea of using 6.68 MHz for hair removal came from none other than Arthur Hinkel, best known as the developer of the Blend. Back when Arthur was a force in electrology he concluded that theoretically 5 MHz could be as comfortable and effective as 13.5 MHz if the signal could be delivered fast enough. Unfortunately vacuum tube technology didn't offer speed and digital processors didn't exist. So, 5 MHz worked on paper but in reality it was only a dream. One of Arthur's friends was the owner of one of Canada's first esthetics schools and the future founder of Silhouet-Tone, Alphonse Ghedin. Arthur and Alphonse discussed the theoretical use of 5 MHz from time to time but it never got off the ground primarily because of the aforementioned technological limitations. Decades later and long after Hinkel's demise, Ghedin remembered Hinkel's 5 MHz idea. Fast forward to the latter part of the last decade, the engineers at Silhouet-Tone were applying their considerable expertise to the 5 MHz theorem. Using today's digital processors Silhouet-Tone succeeded in developing their Evolution 5 HD epilator, the predecessor to the new 7 HD. Today, both of their epilators, the 7 HD and the ST 250 operate at an adjusted 6.68 MHz to comply with U S operating regulations. The 7 HD was just launched in Sept 2018 and features more blend presets as well as a pure galvanic modality which is necessary for graduates who will sit for a State Board exam. (The predecessor 5 HD didn't offer pure galvanic.)

So, how does Silhouet-Tone's 6.68 MHz epilator stack up against the competition? A few years back, the first Evolution 5 HD was sent to us for an evaluation. Three months later we found that in back-to-back comparisons, the Evolution is accurate, comfortable and represents value especially when compared to our benchmark 27.12 MHz X Cell epilator that costs 40% more. Note: The new 7 HD does not cost more than the former 5 HD.

What our instructors noticed first was its ease of use. The entire 27page manual is loaded onto the epilator and can be viewed at any time by tapping on the touch screen. You can move from topic to topic much like you would on an iPad. This is possible because Silhouet-Tone uses an Android operating system, the kind found on many tablets and phones.

Living with the Evolution epilators now for over 3 years we can report that we have not had to send one back for service. The same applies to the S T 250. Silhouette-Tone's reputation for reliability is warranted. Over our 33 years in business, we've owned more machines than anyone west of the Mississippi and we truly appreciate the hassle-free ownership experience. We also feel good knowing that our students are learning on advanced equipment that's comfortable AND reliable. No down time for repairs.

The Evolution is very comfortable and the sensation of its thermolysis modalities were most often compared to Pico flash and Multiplex thermolysis on our 27.12 MHz epilator. The Evolution doesn't offer an equivalent to Synchro but we found that its presets for all hair types, from very fine to very coarse are dead on. When you tap on the hair type visually represented on the touch screen, in every instance you will epilate successfully without further manual adjustments. You can manually adjust time and intensity but there is little need to look for better settings.

How is this accomplished? Tap your foot pedal in thermolysis mode and signals are sent in 2 / 1000ths of a second, the fastest output in the industry. When combined with a lower and very stable 6.68 MHz wavelength you have great efficiency and accuracy. The speed of the Evolution is calibrated to get very close to the pain threshold without ever crossing it. There is complete control of the output. This is a good example of “less is more”.

When using Blend modality, the Evolution 7 HD is equally comfortable to other epilators you've used. If you select very coarse, coarse, medium or fine hair it always does a great job. Compared to all other epilators we tested, the Evolution completes its Blend cycle in about 6 seconds and that's about 30% faster than other machines in our test group. From extensive testing across many different hair and skin types we can say that it's very comfortable and all hairs were removed perfectly with no skin reaction to speak of.

Two other things that we like? It has built-in Wi Fi that allows you to download software updates with ease, long into the future. And there's no need to plug it into your computer with a patch cord to get this task done. Wireless is good. Second, a smaller power supply gives you a cooler, more energy efficient epilator. Cooler is good because surrounding circuit boards don't have to withstand the heat of a large power supply, and that's good for the longevity of your investment.

The 7 HD is Evolutionary:

So what's the bottom line? It frequently comes down to price. Up until now to purchase an epilator that is this smart, comfortable and stable you'd have to spend anywhere from the mid-six thousand to the nine thousand dollar range. As good as epilators in those price ranges are, wouldn't it be better to spend just $5,700? Yes, $5,700 (plus shipping) gets an Evolution 7 HD into your clinic. When you open the carton and fire it up you will not be facing a steep learning curve before you can effectively treat your clients.

During the first 3 months that we were working with our first Evolution 5 HD's, we had several veteran electrologists (apart from our instructors) use our Evolution, Electrologists with decades of work experience. Most started their careers using Hinkel epilators. Unanimously they agreed on the ease of use, the accuracy of the presets and the comfort of the Evolution platform. And, they all appreciated the futuristic look of this unit. It is a very attractive piece of equipment.

Freshman students using our Evolutions for the first time are familiar with it in about an hour. It's one of the most intuitive operating systems that we've experienced and a good example of technology making work easier, not more complex. We've also seen that our freshmen are effectively removing hair sooner and are working more like seniors in about half the expected time. With the Evolution there is an absence of complex epilator terminology and students don't have to work through a multitude of time and intensity settings to find the “best” within each operating modality for each client. With the Evolution you tap the screen to activate the preset, then work. As one student remarked, “If 27 MHz epilators are so advanced, why aren't they simple and intuitive to use? Isn't that what advanced technology is supposed to achieve?” From the mouths of babes...

For those electrologists who may be reading this article and who in the past have felt overwhelmed by technological jargon associated with new equipment, all you have to know is that the Evolution platform is user friendly, easy to learn and you don't have to worry about what your clients will feel the first time you use it. They won't feel much of anything!

For those more interested in 6.68 MHz from a technical perspective I've cut and pasted the following information from Silhouet-Tone's website. My opinion on what you're about to read is that it's true and verifiable. I now have 4 Evolution 7 HD's in my school clinic and they are respected across the board by all students and instructors.

Here's what Silhouet-Tone says about the benefits of their Evolution 7 HD.

From the Silhouet-Tone website: Refined vector modulation for maximum comfort and efficiency.

Silhouet-Tone is revolutionizing the electrolysis industry through the use of one-of-a-kind modulations. At two thousandths of a second, they are the fastest on the market and combine the efficiency of low frequencies with the comfort of high frequencies.

In 2013, with the arrival of the Evolution 5HD by Silhouet-Tone, maximum efficiency and ultimate comfort were combined and introduced to the world. In fact, the decision to go back to a low frequency of MHz was made to assure optimum efficiency and comfort. Vector modulations are the fastest on the market at 2/1000 of a second. They optimize energy transfer thanks to greater wavelength accuracy and stability. We can therefore get as close as we possibly can to the pain threshold, without ever reaching it, while maximizing the energy that is being delivered.

I'm very please to see your great explanation of the Silhouet-Tone! Years ago, I worked with Arthur Hinkel on the first European electrology machine and it was about 6 megahertz. I heard a LOT from Art about this lower frequency and I'm so happy to see you are using this unit. Hinkel said, "Lower frequency is more of a 'heating' current, whereas the higher frequencies are best suited for 'cutting'." He was disappointed when the FCC mandated the higher frequencies.

I think you have a WINNER!

Best Wishes to you! 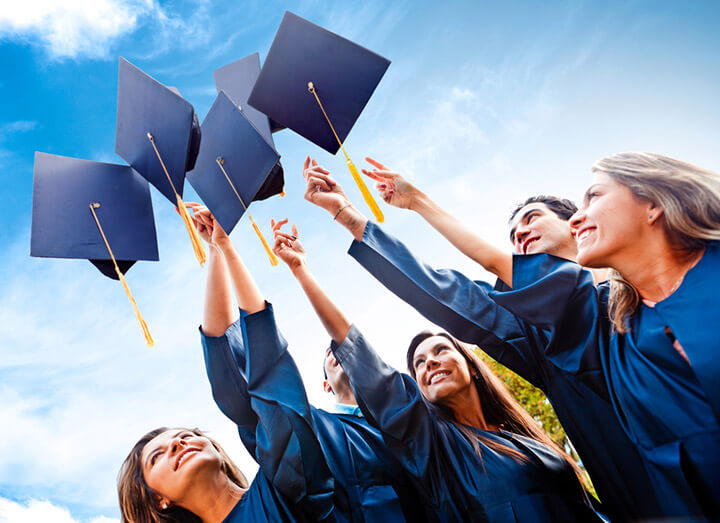